Positive ID Managing Director, John Mayers, believes that the UK will succeed after leaving the European Union. He employs 22 people at the £2 million turnover business and believes that it’s not the Government that creates jobs in the private sector, small businesses do. 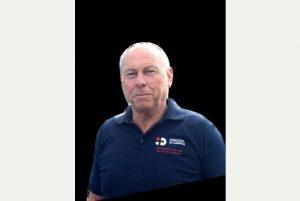 Small and medium-sized enterprises account for 99% of all businesses in the UK and employ more than 15 million people in Britain today. Small firms, quite simply, are the backbone of our economy. It’s when they succeed that our country succeeds too.

‘It’s for that reason that I have become convinced that Britain should leave the European Union. More than any Government or any politician, it’s the EU which makes it harder for small businesses like mine to grow and take on more staff. Despite the fact that just 6% of UK firms actually export to the EU, all British businesses must abide by EU regulations. From ridiculous rules such as the shape of imported bananas to the unnecessary forms and paperwork, EU regulations cost British businesses an extra £600 million every week. Big businesses can afford the compliance departments to handle all these rules. Firms like mine cannot, so the effect is to stifle enterprise and new competition.’